Version 1.9 brings a new view to edit key and velocity ranges. Minor bugs have been fixed and some improvements have been made for the ergonomics.

A graphical preview can now help in the editing of envelopes for the volume and the modulation. 16 parameters are thus easier to understand. 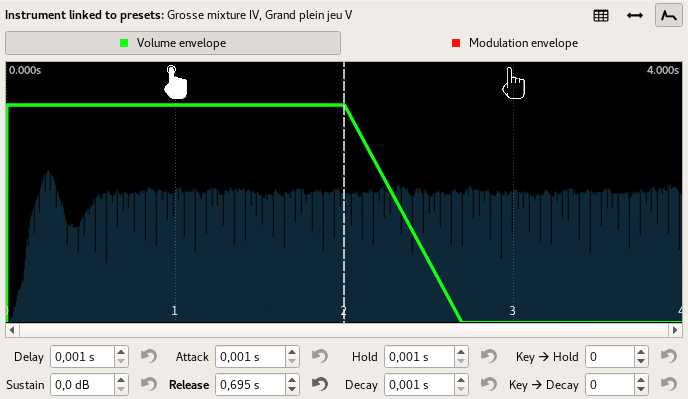 Tool to export the preset list in a text format

A global tool can format the list of presets in a CSV style or as a HTML table. 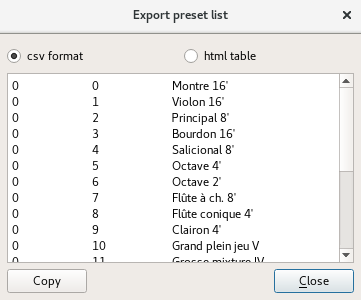 What has been improved

A glow effect has been added when the virtual keyboard is focused with the combination of keys CTRL+K.

EQ values at the sample level are automatically stored and loaded on Polyphone startup.

The displayed period limits are written in the sample graph.

What has been fixed

Uncommon sample rates are correctly displayed at the sample level.

The release of a sample was wrong when using the loop + end mode.

Sometimes a crash occurred during a drag & drop in the tree: this is now fixed.

Expanding or collapsing the tree with a double-click is restored.

Wrong modulators were sometimes displayed after a selection in the tree.

Sometimes the loop cell couldn't be edited with the mouse: it is fixed.

The last edit was sometimes not saved if the focus remained in a field.

The progress bar sometimes remained when loading a small soundfont.

A same file could be loaded twice on windows.